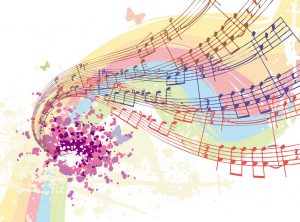 He [David] appointed certain of the Levites as ministers before the ark of the Lord, to invoke, to thank and to praise the Lord, the God of Israel. Asaph was the chief ….
I Chronicles 16:4-5a

In an orchestra the chief musician is the first violinist who leads the other musicians in their tuning and warm up. Obviously among the temple musicians the cymbalist was chief. Now my track record with playing an instrument is poor … having discontinued lessons in piano and trumpet without achieving any proficiency.

Yet I am convinced that I would make a good cymbalist! I could at least watch the conductor and follow his/her lead. When he or she nodded her head and looked in my direction I could crash those cymbals on cue! The only thing is most percussionists play more instruments than the cymbals. There are drums, chimes, maracas, marimba, xylophone, castanets, and the slapping board (used for Leroy Anderson’s Sleigh Ride). While I think I could be a good cymbalist, I’m not so sure about being a good percussionist.

King David commanded the chiefs of the Levites to appoint their kindred as the singers to play on musical instruments, on harps, lyres, and cymbals, to raise loud sounds of joy. Asaph son of Berachiah was one of a number appointed and quickly we see how he moved up to become chief. In addition he was to sound the cymbals.

On that day David first appointed the singing of praises to the Lord by Asaph and his kindred. The song began: O give thanks to the Lord, call on His name, make known his deeds among the people. Sing to him, sing praises to him, tell of all his wonderful works. Glory in his holy name; let the hearts of those who seek the Lord rejoice.” (for the remainder of the song see I Chronicles 16:11-36)

Hymn: When in Our Music God Is Glorified, and adoration leaves no room for pride, it is as though the whole creation cried Alleluia! How often making music we have found a new dimension in the world of sound as worship moved us to a more profound Alleluia! Let every instrument be tuned for praise! Let all rejoice who have a voice to raise! And may God give us faith to sing always Alleluia!

Thank You, Lord, for giving us talents to sing, to play musical instruments and to make a joyful noise to You. Give us faith to sing always. Alleluia!