Bartimaeus: “To Regain My Sight” 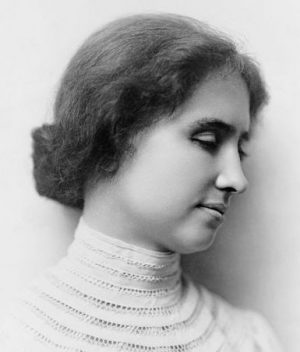 I once believed that Helen Keller, who was deaf and blind, had faced those challenges since birth. To the contrary, Helen at 19 months sustained an illness that left her void of sight and sound. I have often wondered what the greater affliction would be: to have never had sight or to have had sight and lost it. At 19 months she most likely could not tell about what she had seen and heard that early in her life. We would be inclined to think that she had never seen or seen well enough to have memories of what she had seen. I suspect she could not tell you what it was like to see.

In our scripture lesson today, we read about a man named Bartimaeus and that name means son of Timaeus. This blind beggar was sitting by the road in Jericho. A crowd must have been accompanying Jesus and he must have heard them shouting His name. He began shouting out, “Jesus, Son of David, have mercy on me!” Somehow Bartimaeus’ plea pierced the crowds calling out Jesus’ name and they tried to shush him, but Bartimaeus cried out even louder. Jesus stood still and said, “Call him here.” And they called the blind man, saying to him, “Take heart, get up, He is calling you.” Bartimaeus threw off his cloak, sprang up and went to Jesus. Then Jesus said to him, ‘What do you want me to do for you?’ The blind man said to him, ‘My teacher, let me see again. Jesus said to him, “Go, your faith has made you well.” Immediately Bartimaeus regained his sight and followed him on the way.

Never again would he take is sight for granted. Every day he would arise from his slumber and look out on the world as if he were seeing it for the first time. No longer would he depend on others’ charity for a living as he could now resume his former work, but in gratitude for regaining his sight, Bartimaeus decided to follow Jesus. Once he was blind, but now Bartimaeus could see again. What a gift!

O Lord, we thank You for the precious gift of sight. Help us to appreciate this gift so much that we see even those persons and things which are most familiar to us. As if we are seeing them for the first time. In Christ’s name, we pray. Amen.