Bathsheba: Mother of a King 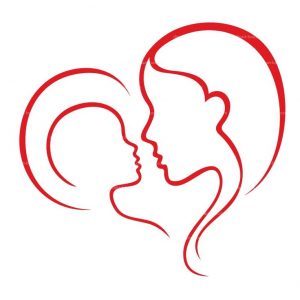 Bathsheba bowed and did obeisance to the king, and the king said, “What do you wish?”  She said to him, “‘My lord, you swore to your servant by the Lord your God saying, ‘Your son Solomon shall succeed me as king, and he shall sit on my throne.’”
I Kings 1:16-17 (NRSV)

The son that was David and Bathsheba’s “love child” had died.  Now to console his wife, Bathsheba, King David went to her and lay with her. In time she bore her king a son, whom King David named ‘Solomon,’ but who Nathan the prophet named, “Jedidiah.”

King David had a number of children, of whom sons stood in the line of succession.  In the intervening chapters between II Samuel 12 and I Kings 1, we discover different fates of King David’s sons.  As I Kings 1 opens, David’s son, Adonijah is perched to succeed his father and a coronation feast is being held to celebrate, but there is another heir apparent,

His name is Solomon, and his mother is Bathsheba.  Now Bathsheba, wife of the king and mother of Solomon appeals to David for Solomon and herself.  Particularly Bathsheba intercedes for her son. “She says, ‘But you, my lord, the king – the eyes of all Israel are on you to tell them who shall sit on the throne of my lord, the king after him.  Otherwise it will come to pass, when my lord the king sleeps with his ancestors, that my son Solomon and I will be counted offenders.’” (I Kings 1:20-21)

“King David answered, ‘Summon Bathsheba to me.’  So she came into the king’s presence, and stood before the king.  The king swore, saying, ‘As the Lord lives, who has saved my life from adversity, as I swore to you by the Lord, the God of Israel, ‘Your son Solomon shall succeed me as king, and he shall sit on my throne  in my place.’ So I will do this day.”
I Kings 1:28-39

As good mothers everywhere, Bathsheba looks out for her son, Solomon.  She has only his best interests at heart.  She wants only the best for her son.

Loving God, we thank You for our mothers.  We especially thank You for those mothers, like Bathsheba, who look out for their children, have their best interests at heart and who make sacrifices for them.   In Christ’s name, we pray. Amen.