Before Aesop There Was God! 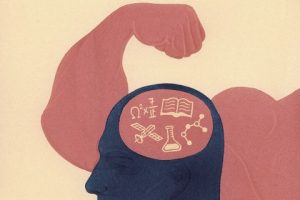 Aesop, who lived in ancient Greece between 620 and 560 BC was a fabulist. He is credited with the many fables we first heard as children to which morals were attached. As I read the scripture above, I was immediately reminded of The Hare and The Tortoise. While I feel certain that most of our readers are well acquainted with this story, I will give the highlight.

The Hare was very proud to be strong and fast. After teasing the Tortoise of his slowness, the Tortoise challenged the Hare to a race. An impartial party, the Fox, consented to serve as judge, to mark the course and to start the race. Once the flag was down, the Hare and the Tortoise were off with the Hare way ahead before the Tortoise barely had gotten started.

Feeling so sure of himself, the Hare took the opportunity to take a nap. The Tortoise saw him and continued with the race. Later the Hare awakened and realized he had slept longer than he intended. Seeing the Tortoise’s tracks, the Hare leapt on his way. When the Hare spied the Finish Line, the Tortoise was ready to cross it. His strength could do him no good. The Tortoise was wise. He had been slow and steady and he had won the race.

Solomon, credited with these Proverbs, predated Aesop by more than 400 years. God predated Solomon and Aesop by many more years than that! God the Source of all wisdom has revealed that wisdom and knowledge are greater than physical strength. Those blessed with wisdom and knowledge may be able to discover a way to overcome something they lack, in this case strength. The Tortoise’s mental prowess proved to be greater than the Hare’s physical strength and overconfidence.

Thank You, Lord, for showing us that brains can be superior to brawn. Help us to be wise and knowledgeable so that when we recognize our weaknesses, we may discover ways to minimize them and thus exhibit strength as well. In Christ’s name, we pray. Amen.