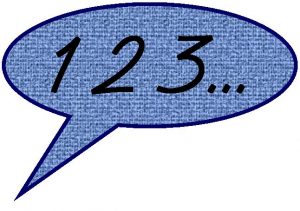 It is honorable to refrain from strife, but every fool is quick to quarrel. Proverbs 20:3 (NRSV)

Two things which I hate are arguments and conflicts! I run in the opposite direction to avoid them. When I have done so, I don’t feel that I have necessarily been honorable. When I have kept my mouth shut I don’t always say “Atta boy, Alan! You took the higher road!”

In fact, I may feel that I have been like a doormat by letting the other person walk all over me. I upbraid myself for not speaking my mind. I chastise myself for not telling the person exactly what I think of him or her. Often after I have walked away I think of all the other things I should have said that would have put her or him in her or his place! Have any of you ever felt that way?

Truth of the matter is that there have also been sometimes when I acted the fool! Most often this has been the time when I have taken and taken and then something is said that proves to be the straw that broke the camel’s back. I feel my blood pressure rising. I may even feel a little quivering within me. Then my vicious response may not be only addressing the present situation, but dredging up previous hurts and unresolved conflicts. I speak too harshly and the argument or quarrel escalates until one of us walks away.

I then go home and berate myself for not having dealt with the situation better than allowing what I have said to damage the relationship, be it with family members, friends, or co-workers. Sometimes the relationship has been irreparably damaged and even if healing occurs, it seems that the relationship is never again what it once was. Have any of you ever felt that way?

In all honesty, I think I feel better by biting my tongue rather than losing my temper and saying words that I sooner or later will regret. Indeed it is honorable to refrain from strife. May God help us to choose the honorable way … to take the higher road.

Blessed Lord, help us to count to ten, and maybe twenty, when people say things to criticize or hurt us. Guard us from acting and speaking like a fool so as to become embroiled in an argument or quarrel. Help us to subscribe to the Golden Rule so that what we say is what we would not mind others saying to us. In Christ’s name, we pray. Amen.