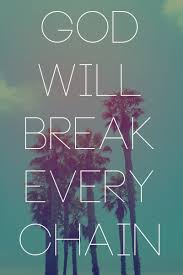 The crowd joined in the attack against Paul and Silas, and the magistrates ordered them to be stripped and beaten with rods. After they had been severely flogged, they were thrown into prison, and the jailer was commanded to guard them carefully. When he received these orders, he put them in the inner cell and fastened their feet in the stocks.

About midnight Paul and Silas were praying and singing hymns to God, and the other prisoners were listening to  them. Suddenly there was such a violent earthquake that the foundations of the prison were shaken. At once all the prison doors flew open, and everyone’s chains came loose. The jailer woke up, and when he saw the prison doors open, he drew his sword and was about to kill himself because he thought the prisoners had escaped. But Paul shouted, “Don’t harm yourself! We are all here!”

They replied, “Believe in the Lord Jesus, and you will be saved—you and your household.” Then they spoke the word of the Lord to him and to all the others in his house. At that hour of the night the jailer took them and washed their wounds; then immediately he and all his household were baptized. The jailer brought them into his house and set a meal before them; he was filled with joy because he had come to believe in God—he and his whole household. Acts 16:22-34

So many thoughts are going through my head as I read these verses. First, Paul and Silas just left a town where Paul was stoned and left for dead. They are VERY aware of what preaching the gospel of Jesus Christ will bring and yet……… Even if the story stopped here, their faithfulness to God and spreading his message is astounding, but they continue to take it further. We find them severely beaten and thrown in prison. At this point I would be beside myself. Goodness, Paul has already been stoned and now beaten. The Bible tells us severely. They were in bad shape. Next, we find that they are singing hymns. What?! Singing hymns? Would you be praising it up after this? I wouldn’t. I would be crying out in agony and pain and asking God to take me now! I would be ready for the suffering to be over. Not Paul and Silas. They were steadfast in their faith and trust in the Lord. Now, I know some of you don’t agree with me when I say not to hold tight to this life because we have something greater in the next, but what do you think got these two men of God through this heinous time? It was the knowledge that there is something better after this life and that God loved them and would never leave them. There is no other explanation. Yes, this life is not to be taken for granted, but it isn’t what holds true joy and peace. We have the knowledge that God loved us so much he died for us to save us. That is the good news they were willing to die to share. Why else would Christians spread the gospel even to the point of death? It is because they know their eternity and that this life is a blip on the screen of life and that it can’t compare to the love of God.

Not only were they praying it up and praising God in song, but when God broke the prison doors open and all the chains fell off, they stayed! They stayed! What on earth would make them do that except the knowledge that Jesus loved and died for them and that being faithful and obedient in this life has great reward in the next. That is how Christians fight the good fight. They loved God so much that they couldn’t help but love ALL his people including the ones beating them and throwing them in prison. They loved them so much they stayed so that they could continue to the work they started when they entered this city. Y’all, in the spirit of honesty, I would have taken the chance to leave that dreaded place and run for cover when those chains fell off. These men stayed to fulfill their purpose in Christ Jesus. They lovingly stayed so that they could share the good news with the guard and his family and baptize them. That. Is. Faith. Period. How far are you willing to live out this life for Jesus?

Gracious and Merciful God, please forgive my wavering heart. I waver when you ask me to do the simplest things that do not include life and death scenarios. I pray that today this very minute I surrender all to you. Help me to live each moment for you and use Paul and Silas as an example of what true faith looks like.  If I am honest this story scares me, but let it also be used for encouragement in my walk with you. In Jesus Name, Amen.