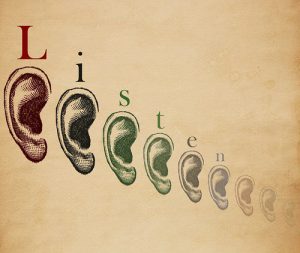 Then Eli perceived that the Lord was calling the boy. Therefore Eli said to Samuel, ‘Go, lie down and if he calls you, you shall say, ‘Speak, Lord, for your servant is listening.’ So Samuel went and lay down in his place.
I Samuel 3:8c-9

While Eli as priest of Shiloh may not have proven to use his best parenting skills with his sons, Hophni and Phineas, he certainly exhibited the kind and wise demeanor of a grandfather with the boy Samuel.

Hannah, Samuel’s mother, had earnestly desired to have a child with her husband, Elkanah. She devoted herself to prayer and she promised that if she were given a son, then she would dedicate him to the Lord. In time the Lord granted her request and Hannah was given a son, whom she named Samuel, which means, “I have asked him of the Lord.” After he was weaned, Hannah took him to the sanctuary at Shiloh and gave him to the Lord, entrusted him to the care of the priest, Eli. Samuel grew in stature and in favor with the Lord and with people.

Samuel told him everything … hiding nothing. Eli’s response: “It is the Lord; let him do what seems good to him.”

O God, help us to listen for Your voice … remembering that it can come to us in a variety of ways. Upon hearing, help us to be obedient to Your will as was the young boy Samuel. In Christ’s name, we pray. Amen.