Faith No Matter What 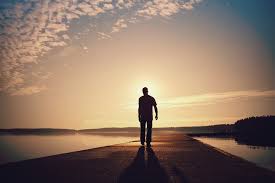 About that time King Herod Agrippa began to persecute some believers in the church. He had the apostle James (John’s brother) killed with a sword. When Herod saw how much this pleased the Hewish people, he also arrested Peter. (This took place during the Passover celebration.) Then he imprisoned him, placing him under the guard of four squads of four soldiers each. Herod intended to bring Peter out for public trial after the Passover. But while Peter was in prison, the church prayed very earnestly for him. Acts 12:1-5

These verses show how real the persecution of Christians was. Even though Peter knew he could be killed and most likely would be, he stilled proclaimed the name of Jesus. His work for Christ wasn’t finished just yet. Peter never waivered in his mission to spread the good news of Jesus Christ even if that meant death. Are we willing to proclaim the name of Jesus in this manner? I think that is a question we must ask ourselves. It is easy to be a Christian here in America, but are we willing to proclaim the name of Jesus even to the point of death?

Gracious God, I pray that today I would claim the name of Jesus with such courage that even if it means death I will stand firm. Thank You for the examples of the Apostles in Your word to look to for strength and faith. In Jesus Name, Amen.