How Do You Feel? Frustrated? 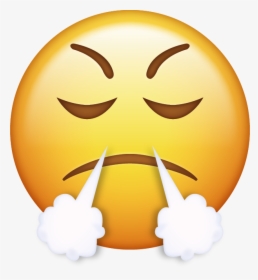 9 So the chief cupbearer told his dream to Joseph, and said to him, “In my dream there was a vine before me, 10 and on the vine there were three branches. As soon as it budded, its blossoms came out and the clusters ripened into grapes. 11 Pharaoh’s cup was in my hand; and I took the grapes and pressed them into Pharaoh’s cup, and placed the cup in Pharaoh’s hand.” 12 Then Joseph said to him, “This is its interpretation: the three branches are three days; 13 within three days Pharaoh will lift up your head and restore you to your office; and you shall place Pharaoh’s cup in his hand, just as you used to do when you were his cupbearer. 14 But remember me when it is well with you; please do me the kindness to make mention of me to Pharaoh, and so get me out of this place. 15 For in fact I was stolen out of the land of the Hebrews; and here also I have done nothing that they should have put me into the dungeon.” ………

If you have a little time, read the whole story of Joseph (son of Jacob) in Genesis chapters 37 -45. This little part of the story today is a case study in being frustrated.

Once again, in the part of his life recounted in chapter 40, we find how Joseph does what is right, as he cares for and then interprets the dreams of some fellow prisoners. And all Joseph asks is for a good word if the chief cupbearer gets back into Pharaoh’s good graces. This was his highest hope, and yet he is forgotten for two whole years.

There are times when, in spite of all of the good that we do, blessings are postponed. And we are frustrated. We may have to wait for days, weeks, months, even two years.

What happened as Joseph waited? His frustration was finally turned to joy, as he was in the right place at the right time to save his whole family from starvation.

Little did Joseph know this as he sat in frustration in prison. Or did he know that God would ultimately deliver him?

God, as I hit the wall with my hopeful dreams, let me handle my frustration in a manner that will keep me faithfully watching for You to act with love and grace. In Your holy and steadfast name I pray. Amen.