How Do You Feel? Funny? 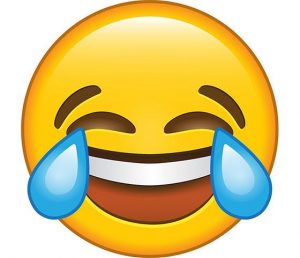 23 He [Elisha] went up from there to Bethel; and while he was going up on the way, some small boys came out of the city and jeered at him, saying, “Go away, baldhead! Go away, baldhead!” 24 When he turned around and saw them, he cursed them in the name of the Lord. Then two she-bears came out of the woods and mauled forty-two of the boys. 25 From there he went on to Mount Carmel, and then returned to Samaria.

My dad once told me that “It depends on whose kid is getting hit in the head with a hammer whether or not it’s funny. (If you take offense at that statement, you’re really not going to like my thoughts about this scripture from II Kings……)

This strange story of the bald-headed prophet of God named Elisha and some ill-behaved youth really is contained in the scriptures. And, for some us preachers, the story itself and how it makes biblical commentators squirm is downright funny.

In the footnotes of the Bible that our church presents to our graduating high school seniors (the New Oxford Annotated Study Bible, New Revised Standard Version) we find: “Not all ancient writers, to say nothing of modern, would have told a story like this to inculcate respect for a prophet.” From my perspective, this line of thought obviously comes from a critic with a full head of hair.

I once preached a sermon on this text entitled “Beware of Baldy!”

I don’t care what some people think, the word of God in this passage is still funny to me.

God, help me to laugh at the world, and at myself from time to time. “Wrinkles only go where the smiles have been.” Amen.