How do You Pay Back a Wrong? 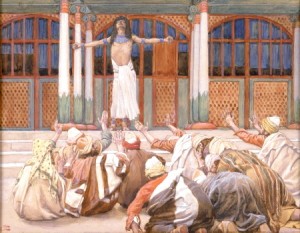 Joseph definitely had good reason to pay back his brothers for the sorrel and suffering they had caused him, and especially their father Jacob. They had hurt their father and Joseph because they had become jealous. Remember how we looked at ch. 37. 4, “But when his brothers saw that their father loved him more than all his brothers, they hated him.” So when the opportunity came for pay back, they took it. Certainly, at the time we reasoned it was jealously that had gotten out of hand. Joseph, they believed, was the apple of their father’s eye. We all know how things can get carried away when we don’t feel loved or appreciated as we think we should.

In chapter 42 we can see that the tables are turned, Joseph is the one now holding the winning hand. It’s his time to get back at his brothers for the sorrow and pain they caused him, and his father. We have read how Yahweh had watched over Joseph while he lived in Egypt. With God’s hand upon him, and the precarious famine in all the land, Joseph was now in the position to get back at his brothers who had done him wrong. He did not want to make his brothers suffer, but at the same time he did want to teach them right from wrong. Joseph chose to put his brothers through a very trying time so that they would have the opportunity to learn where they had gone wrong.

Heavenly Father, life as we live it is so much different from the days of Jacob, Joseph, and his brothers. We praise and thank You for making it possible that all people in ages past and in this day and the days to come learn that no one lives a perfect life unless we live in our loving Spirit. For it is in the name of Jesus Your redeeming Son, we pray. Amen.