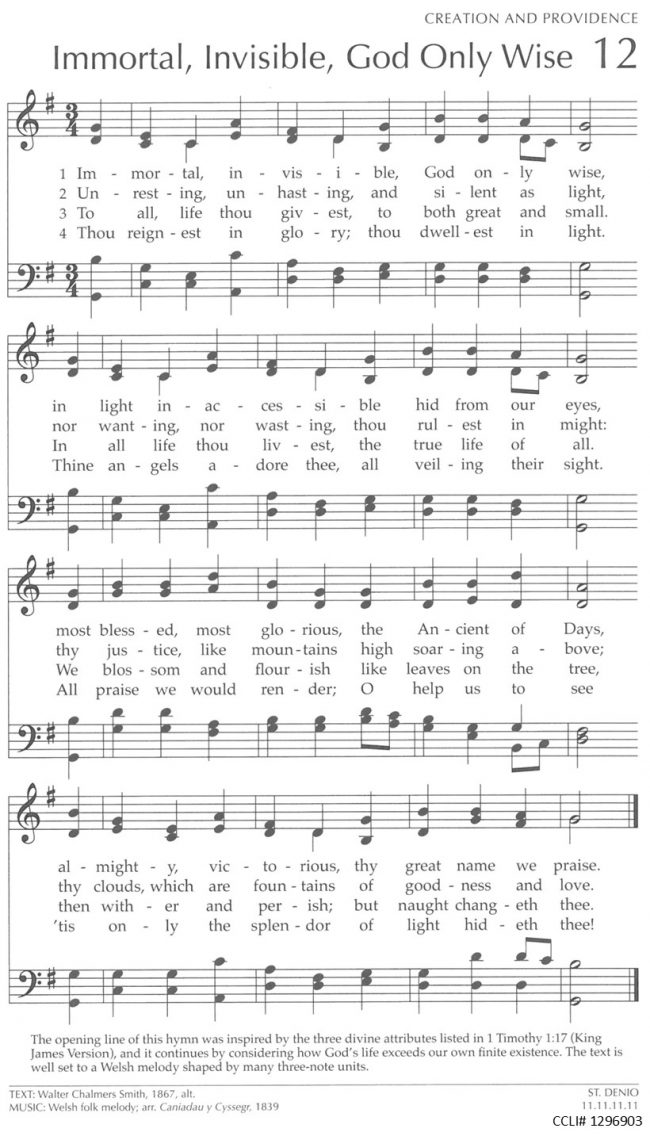 As I watched, thrones were set in place, and an Ancient One [Ancient of Days] took his throne, his clothing was as white as snow, and the hair of his head like pure wool; his throne was fiery flames and its wheels were burning fire.

Every Sunday, when we sing the Gloria Patri, we also praise the Ancient of Days. “Glory be to the Father, and to the Son and to the Holy Ghost. As it was in the beginning, is now and ever shall be, world without end. Amen. Amen.

To quote James Weldon Johnson in the Creation: God stepped out in space And He looked around and said, I’m lonely. I’ll make me a world. Though there was darkness and nothingness, God was there – God was the beginning, God is and God forevermore will be. Amazing!

O God, we thank you for always being there – being with us throughout our days and being here forevermore. You are the Ancient of Days, ever deserving our thanks and praise. In the name of Jesus Christ, we pray. Amen.