In Paul’s Day the Question was, “Must a Person Become Jewish Before Being a Christian?!” 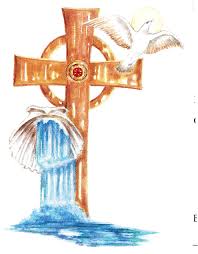 Things have been moving along fairly nicely as the Apostles have been doing their best to serve the Lord’s Church, to preach and to teach the Good News everywhere and to everyone. We have been fully informed up through the fourteenth chapter how the disciples of Jesus Christ have been faithful and grateful for their call into this fertile field, the world of non-accepting people. The Christian Church was alive and well, even at this point and time. But it is about to change. We are not even absolutely sure The Church could actually be called The Church, certainly not as it is known today.

Things have been working rather nicely for these missionaries of the Risen Lord. But, as life seems to be, nothing, even the Lord’s Church, moves right along, smoothly with no hitches. We read “But Jews came there from Antioch and Iconium and won over crowds,” vs. 14:19. The Bible also states, “Then certain individuals came down from Judea and were teaching the brothers, ‘Unless you are circumcised according to the custom of Moses, you cannot be saved’” This major issue was going to be the early Christians’ cross to bear. The issue was whether gentile converts should be circumcised and become Jews before they could be Christians!

If this should become The Way, then we would even in our day, have to follow the Jewish faith. Thus instead of letting Christians today join our church, we may have to Baptize or even have them circumcised them first. We would now have to make them adhere to what the Jewish faith requires, including circumcision. Of course this is why God the Father sent His only Son into the world, that the entire world may accept him as the Messiah. I know we can all say, ‘thank goodness’, the disciples of Christ won the disagreement!

Heavenly Father, we can only read this ancient story and give a sigh of relief. We do ask that You will always continue to be our guide and sustainer of Your love and faith. In Jesus, your Son’s name we pray. Amen.