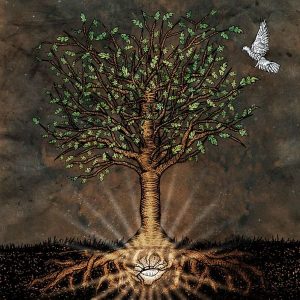 He said therefore, “What is the kingdom of God like? And to what should I compare it? It is like a mustard seed that someone took and sowed in the garden; it grew and became a tree, and the birds of the air made nests in its branches.”
Luke 13:18-19

“You deserve a break today. So get up and on your way. To McDonald’s!”

Do you remember that advertising jingle? I think it predated the: “supersizing” ploy where you could order much larger sized soft drinks and French fries than our doctors and nutritionists would have us consume. Supersized drinks would have had at least two straws and supersized French fries were meant to be shared.

In four verses the evangelist Luke records two descriptions of the kingdom of God Jesus uses. First, He speaks of a tiny mustard seed. Once this seed was sown in the garden it grew into a tree. The tree grew so large that it was able to accommodate many birds to nest in its branches.

In the second example, Jesus compares the Kingdom of God to yeast … a natural leavening agent. Once the yeast was mixed with three measures of flour, it did its work. The yeast was sufficient to be leavening for the entire loaf.

Almighty and Eternal God, we praise and thank You for the story pictures Jesus gave us of Your kingdom. As Jesus is busy preparing a place for us so prepare us for that place. In Jesus’ name, we pray. Amen.