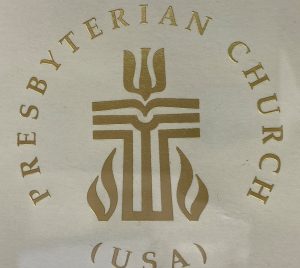 During the season of Lent, we will be looking around the church and sharing images, photos, paintings, and other items that help us to focus more closely on God. Let us prepare our hearts to worship ….

34 Then Peter began to speak: “I now realize how true it is that God does not show favoritism 35 but accepts from every nation the one who fears him and does what is right. 36 You know the message God sent to the people of Israel, announcing the good news of peace through Jesus Christ, who is Lord of all. 37 You know what has happened throughout the province of Judea, beginning in Galilee after the baptism that John preached— 38 how God anointed Jesus of Nazareth with the Holy Spirit and power, and how he went around doing good and healing all who were under the power of the devil, because God was with him.

39 “We are witnesses of everything he did in the country of the Jews and in Jerusalem. They killed him by hanging him on a cross, 40 but God raised him from the dead on the third day and caused him to be seen. 41 He was not seen by all the people, but by witnesses whom God had already chosen—by us who ate and drank with him after he rose from the dead. 42 He commanded us to preach to the people and to testify that he is the one whom God appointed as judge of the living and the dead. 43 All the prophets testify about him that everyone who believes in him receives forgiveness of sins through his name.”

44 While Peter was still speaking these words, the Holy Spirit came on all who heard the message. 45 The circumcised believers who had come with Peter were astonished that the gift of the Holy Spirit had been poured out even on Gentiles. 46 For they heard them speaking in tongues[a] and praising God.

Then Peter said, 47 “Surely no one can stand in the way of their being baptized with water. They have received the Holy Spirit just as we have.” 48 So he ordered that they be baptized in the name of Jesus Christ. Then they asked Peter to stay with them for a few days.