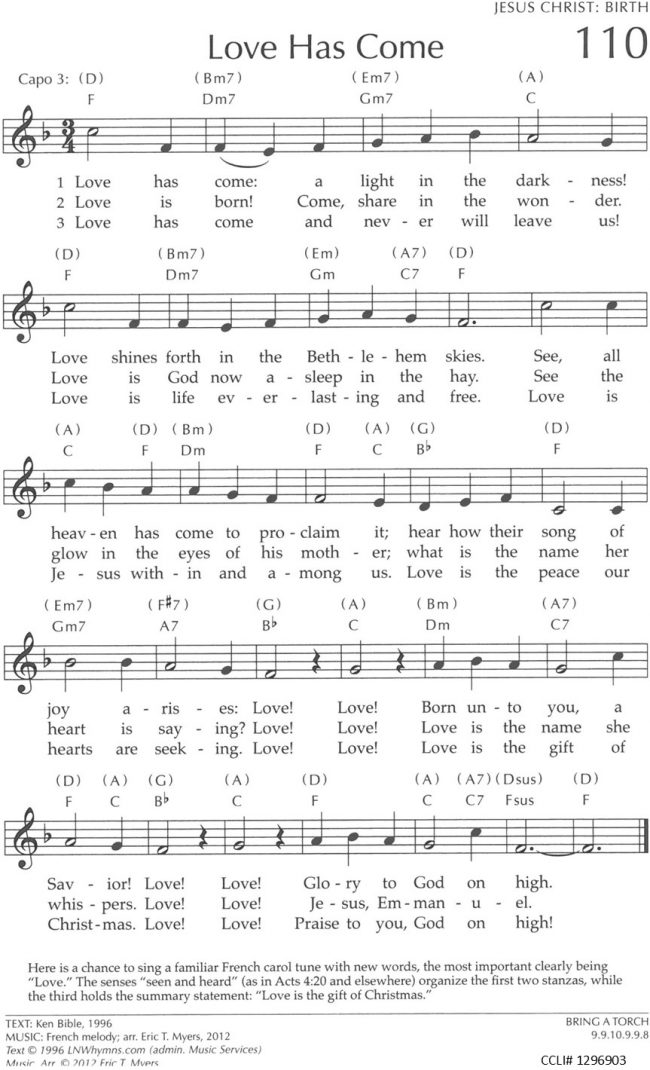 Now the birth of Jesus the Messiah took place in this way. When his mother Mary had been engaged to Joseph, but before they lived together, she was found to be with child from the Holy Spirit. Her husband Joseph, being a righteous man and unwilling to expose her to public disgrace, planned to dismiss her quietly. But just when he had resolved to do this, an angel of the Lord appeared to him in a dream and said, “Joseph, son of David, do not be afraid to take Mary as your wife, for the child conceived in her is from the Holy Spirit. She will bear a son, and you are to name him Jesus, for he will save his people from their sins.” All this took place to fulfill what had been spoken by the Lord through the prophet: “Look, the virgin shall conceive and bear a son,  and they shall name him Emmanuel,” which means, “God is with us.”  When Joseph awoke from sleep, he did as the angel of the Lord commanded him; he took her as his wife but had no marital relations with her until she had borne a son; and he named him Jesus.  In the time of King Herod, after Jesus was born in Bethlehem of Judea, wise men from the East came to Jerusalem, asking, “Where is the child who has been born king of the Jews? For we observed his star at its rising and have come to pay him homage.”  When King Herod heard this, he was frightened, and all Jerusalem with him; and calling together all the chief priests and scribes of the people, he inquired of them where the Messiah was to be born. They told him, “In Bethlehem of Judea; for so it has been written by the prophet: ‘And you, Bethlehem, in the land of Judah,  are by no means least among the rulers of Judah; for from you shall come a ruler who is to shepherd my people Israel.’”  Then Herod secretly called for the wise men and learned from them the exact time when the star had appeared. Then he sent them to Bethlehem, saying, “Go and search diligently for the child; and when you have found him, bring me word so that I may also go and pay him homage.”  When they had heard the king, they set out; and there, ahead of them, went the star that they had seen at its rising, until it stopped over the place where the child was.  When they saw that the star had stopped, they were overwhelmed with joy.  On entering the house, they saw the child with Mary his mother; and they knelt down and paid him homage. Then, opening their treasure chests, they offered him gifts of gold, frankincense, and myrrh.  And having been warned in a dream not to return to Herod, they left for their own country by another road.

The Matthean account of Jesus’ birth and the visitation of the Magi are found in the scripture above. Mary is with child by the Holy Spirit. Mary will bear the son and Joseph will name the child Jesus, for He will save His people from their sins. Not only will the child bear the name Jesus, He will also be known as Emmanuel, which means “God is with us,” as had been foretold by the prophet Isaiah. (7:14)

In Chapter 2:1-12 the Magi visit the Christ child and his mother. They come bearing precious gifts of gold, frankincense, and myrrh – all appropriate and generous gifts to present to royalty, the King of the Jews. The most precious gift given and received is love. The intended recipient is actually the most profound giver. Love is the gift of Christmas.

The Glory to God commentator has noted: “Here is a chance to sing a familiar French carol tune, with new words, the most important clearly being “Love,” Many of you will recognize the French carol as “Bring a Torch Jeanette Isabella!”

O Lord, “Love is the gift of Christmas” and You are the greatest giver. We thank you that because You first loved us, so we are able to love others. Thank you, Lord.  Amen.