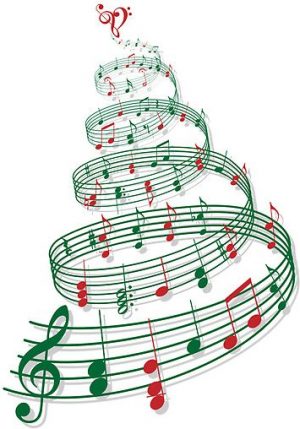 Over the years, I have come to associate certain Christmas carols or songs with particular singers. Do you ever do that? For example, it just would not seem like Christmas without hearing the legendary Bing Crosby croon Irving Berlin’s White Christmas. Likewise, I would expect many of you would associate Blue Christmas with the “King,” Elvis Presley and Burl Ives singing A Holly Jolly Christmas. Whenever I hear It’s the Most Wonderful Time of the Year I immediately think of Andy Williams and I identify It’s a Marshmallow World with Johnny Mathis.

Lest I show favoritism to male singers, I readily acknowledge that one of my favorite voices of Christmas is Julie Andrews. I have four or five of her Christmas albums, the oldest of which is A Christmas Treasurethat was initially available from Firestone (the tire people) some years ago. Two of my favorite carols Julie sings are: Joy to the World and It Came Upon the Midnight Clear. The former has great brass accompaniment and the latter is sung to a lilting English tune, which is quite different from the tune to which we sing that carol. This album has been played again and again year after year.

Another Firestone Christmas album featured the renowned opera singer Roberta Peters. She sang Mozart’s Alleluia beautifullyand I will never forget it or her as I had the privilege to meet her and hear her in concert. She had a remarkable voice!

Some years ago, now Jennifer Nettles sang All I Want for Christmas on a television special. It was a big production number with great costuming and wonderful back-up singers and dancers. I still replay that number in my head and view it on my computer, so Jennifer takes the prize on that song.

Returning to male singers, I would be remiss if I did not mention Perry Como. He was a singer my parents particularly enjoyed and I grew to appreciate him and his music as much as they did. He was a gentle singer who made his art seem effortless. Two religious songs he recorded are Ave Maria and Our Father, (The Lord’s Prayer). On occasions when I have tried to lead the congregation in singing The Lord’s Prayer, I hear Perry singing in my head and I try to follow his lead.

Dear God, from church bells ringing to choirs singing beautiful music has been offered in celebration of the birth of Jesus our Savior and Lord. We thank You for all who have inspired us and with whom we can sing along. We thank You for all the songs of Christmas and especially the beloved carols that tell the wondrous story of Jesus Christ, Your great gift of love to the world. In His name, we pray. Amen.