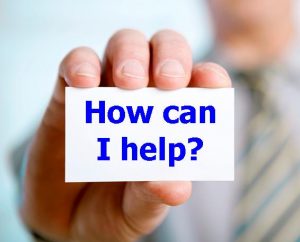 John answered, ‘’Master, we saw someone casting out demons in your name, and we tried to stop him, because he does not follow with us.”
Luke 9:49
Read Luke 9:46-50

At the beginning of Chapter 9 of the Gospel of Luke, Jesus called the twelve together and gave them authority over demons and power to cure diseases. He sent them out to proclaim the kingdom of God and to heal. He sent them out trusting that their needs would be met even though they took no supplies, money or extra clothes. Once they found welcome in a home, they were told to stay there. If they were not welcome, Jesus instructed them to shake the dust off their feet and let that be a testimony against them. Off the twelve went through villages bringing the good news and curing diseases everywhere. Surely they must have felt special having been given this mission by Jesus and gifted by being empowered to do such miraculous things. (9:1-6)

Three verses later in the narrative, the mission is completed and the apostles return to Jesus regaling Him with stories of all they had done. Jesus takes the twelve and withdraws privately to a city called Bethsaida. The crowds learn of Jesus’ whereabouts and follow Him. Jesus then resumed His ministry by welcoming the crowd, speaking to them about the kingdom of God, and healing those who needed to be cured. (9:10-11)

Perhaps recalling those earlier experiences or reflecting on more recent experiences of sharing the good news and healing those afflicted, an argument arises amongst the twelve. They want to know which one of them is the greatest.

Can’t you just hear them: I shared the good news with a family of six and now they are following us. I cured a man with a fever and a woman who could not hear. I healed a man who was lame and told two women about Jesus and they are now following us and supporting us along with Mary Magdalene, Joanna and Susanna. (8:1-3)

Jesus knows how their minds are working and He takes a little child and puts her by His side. Jesus says, “Whoever welcomes this child in My name welcomes Me, and whoever welcomes me welcomes the One who sent Me; for the least among all of you is the greatest.” Ah Ha! Jesus is not keeping score or a tally! He does expect us to show hospitality and especially when hospitality as it concerns children. (Timely words, wouldn’t you agree?!)

Then John reports, ‘Master, we saw someone casting out demons in your name, and we tried to stop him, because he does not follow with us.’ John seems a bit surprised to learn someone else could do what the twelve had been given power to do. John also seems surprised that this person is not numbered among Jesus’ followers. Perhaps speaking for the remaining eleven, John believes that they alone were members of the Kingdom of God proclaimers and disease curers. Jesus says, “Do not stop him; for whoever is not against you is for you.” Jesus is glad that good works are being done in His name. He wants the twelve to realize the common goal and that those who are not against us are for us. Very often we like the twelve are focused on ourselves and our eyes are diverted from the needs of others. Very often we like the twelve are concerned about who gets the credit when we should be glad that good works are being done in the name of Jesus.

Lord Jesus, thank You for putting up with the twelve when so often they did not get it and with us modern-day disciples who likewise don’t get it. Keep our eyes open to situations where we can extend help. Guard us from being concerned with who gets the credit. Help us to rejoice as those with us and beyond us do good works in the name of Jesus. Amen.