Now Thank We All Our God 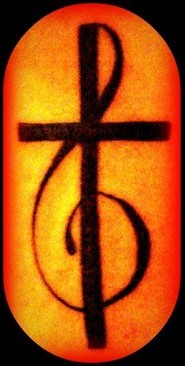 “[Give] thanks to God the Father at all times and for everything in the name of our Lord Jesus Christ.” Ephesians 5:20 (NRSV)

As I have indicated in the previous two devotions, Now Thank We All Our God along with Our God, Our Help in Ages Past and The Church’s One Foundation have for some years now been my top three favorite hymns. Of course, I was at first attracted to the lyrics and I especially liked the tune. What more than anything has endeared this hymn to me is its history. Once people become acquainted with the circumstances that led to its writing, I am certain that they too will gain a new appreciation of this hymn.

Martin Rinkart, a Lutheran pastor, served in the small village of Eilenberg, Saxony. With his theological training concluded, he began his pastoral work there as the Thirty Years War escalated throughout Germany. Eilenberg received many refugees and the times were extremely difficult. The Swedish Army surrounded the city and inside the people were buffeted by plague, famine and fear. Many homes were destroyed and the death toll rose. As a pastor Rinkart and others shouldered many responsibilities, among them preaching the gospel, providing pastoral care for the sick and dying, and burying the dead. That stress and strain claimed the lives of other pastors until Rinkart alone was left. As the pastor, he then conducted as many as fifty funerals some days. Later the Swedes demanded a huge ransom and Martin Rinkart ventured out to negotiate a settlement with the enemy. He exhibited great courage and faith and sometime later the hostilities as well as the suffering ended. Rinkart wrote this hymn for the survivors as they recovered and healed, while acknowledging God’s grace and mercy. “O may this bounteous God through all our life be near us, with ever joyful hearts and blessed peace to cheer us; and keep us in God’s grace, and guide us when perplexed, and free us from all ills in this world and the next.”

As a pastor, I cannot imagine officiating at fifty funerals in a day! While I admire Martin Rinkart, I am also aware that he could not have held up under those extremely difficult circumstances without God’s grace and mercy.

O God, help me to give thanks at all times and for everything. In the name of Jesus Christ, I pray. Amen.