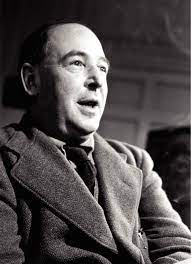 5 Let the same mind be in you that was[a] in Christ Jesus,

6 who, though he was in the form of God,
did not regard equality with God
as something to be exploited,
7 but emptied himself,
taking the form of a slave,
being born in human likeness.
And being found in human form,
8     he humbled himself
and became obedient to the point of death—
even death on a cross.

9 Therefore God also highly exalted him
and gave him the name
that is above every name,
10 so that at the name of Jesus
every knee should bend,
in heaven and on earth and under the earth,
11 and every tongue should confess
that Jesus Christ is Lord,
to the glory of God the Father

“The central Christian belief is that Christ’s death has somehow put us right with God and given us a fresh start. Theories as to how it did this are another matter. A good many different theories have been held as to how it works; what all Christians are agreed on is that it does work. I will tell you what I think it is like. All sensible people know that if you are tired and hungry a meal will do you good. But the modern theory of nourishment – all about vitamins and proteins – is a different thing. People ate their dinners and felt better log before the theory of vitamins was ever heard of; and if the theory of vitamins is some day abandoned they will go on eating their dinners just the same. Theories about Christ’s death are not Christianity; they are explanations about how it works ……. We are told that Christ was killed for us, that His death has washed out our sins, and that by dying He disabled death itself. That is the formula. That is Christianity. That is what has to be believed.

God, I thank you that in Jesus you humbly went to the cross so that I might be able to even stand humbly in your presence. Thank you for washing out my sins and for disabling death, so that I might live forgiven and claimed as your child through Jesus Christ my Lord. Amen.