Pass It On: Richard Foster 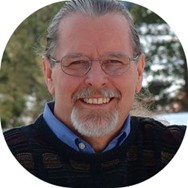 For the love of money is a root of all kinds of evil, and in their eagerness to be rich some have wandered away from the faith and pierced themselves with many pains.

Richard J. Foster is founder, past president, and current team member of Renovaré. Having studied at George Fox and Fuller Theological Seminary, Foster has served as a pastor and taught worldwide on spiritual formation. Author of dozens of articles and six books, including Celebration of Discipline, Richard continues to write on the spiritual life. He and his wife, Carolynn, have two grown children, Joel and Nathan, nine grandchildren, and live near Denver, Colorado.

As a young man, John Wesley calculated that twenty-eight pounds a year (About $65) would care for his own needs. Since prices remained basically the same, he was able to keep at the level of expenditure through-out his lifetime. When Wesley first made that decision, his income was thirty pounds a year. In later years sales from his books would often earn him fourteen hundred pounds a year, but he still lived on twenty-eight  pounds and gave the rest away. Wesley, of course, was single much of his life and never had children, so he did not deal with the financial problems engendered by a family; but the idea is a sound one. We can do the same thing. Obviously we have to make adjustments for growing children, savings for college, and inflation, but the principle remains firm.

Here is another wineskin. If both the wife and the husband desire to work, discipline yourselves to live on one salary and give the other away. In this way, one couple could potentially support an entire missionary family. Why not? What better investment opportunity could there be than that? Think what would happen to the  worldwide missionary enterprise if each Chirstian couple would determine to give every second salary to missions.

Try still another model. Take a careful look at your income. Are there ways to simplify your lifestyle that you can live on half of what you make? If so, rather than quit your job so that your earnings drop to half, plan to give away half of your earnings.

Here is still another approach. Rather than just giving the money away, invest it for the Kingdom of God. It is usually best to set up a separate checking or savings account. Money put into this account is to be used entirely for the Kingdom causes.

From his book, Freedom of Simplicity.

God, You have blessed me with all I need and more. Help me to use enough of what I have in the loving support of others that I will keep my attention lovingly focused on You. In Jesus’ name I pray. Amen.