The Good, the Bad and the Ugly … Rolled Into One 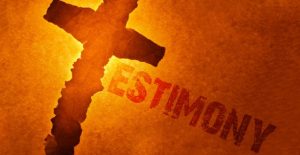 “I am a Jew, born in Tarsus in Cilicia, but brought up in this city at the feet of Gamaliel, educated strictly according to our ancestral law, being zealous for God, just as all of you are today.” Acts 22:3 (NRSV)

In this chapter of The Acts of the Apostles Paul finds himself in Jerusalem where no doubt some people knew him, others did not and still others most likely had heard stories about him. He wants to set the record straight. On the steps of the temple he motions for the people to be silent. He then captures their attention by addressing them in Hebrew: “Brothers and fathers, listen to the defense that I now make before you.”

The Good: Paul was one of them … he spoke their own language … and so the silence deepened as they listened attentively. He tells his story and begins with the good. “I am a Jew, born in Tarsus in Cilicia, but brought up in this city at the feet of Gamaliel, educated strictly according to our ancestral law, being zealous for God, just as all of you are today.” Paul was a good and faithful Jew.

The Bad and the Ugly: “I persecuted this Way up to the point of death by binding both men and women putting them in prison, as the high priest and whole council of elders can testify about me. From them I also received letters to the brothers in Damascus, and I went there in order to bind those who were there , and to bring them back to Jerusalem for punishment.” Paul had a vendetta against Christians or the people of the Way.

The Good: “While I was on my way and approaching Damascus, about noon a great light from heaven suddenly shone about me. I fell to the ground and heard a voice saying to me, ‘Saul, Saul, why are your persecuting me?’ I answered, ‘Who are you, Lord?’ Then he said to me, ‘I am Jesus of Nazareth, whom you are persecuting. Now those who were with me saw the light but did not hear the voice of the one who was speaking to me. I asked, ‘What am I to do, Lord?’ The Lord said to me, ‘Get up and go to Damascus; there you will be told everything that has been assigned to you to do.. Since I could not see because of the brightness of that light, those who were with me took my hand and led me to Damascus.”

“A certain Ananias who was a devout man according to the law and well spoken of by all the Jews living there came to me and standing beside me, he said, ‘Brother Saul, regain your sight! In that very hour I regained my sight and saw him. Then he said, ‘The God of our ancestors has chosen you to know his will, and to see the Righteous One and to hear his voice; for you will be his witness to all the world of what you have seen and heard. And now why do you delay? Get up, be baptized, and have your sins washed away calling on his name.” While Paul would have been content in persecuting the Church, the Lord had different plans for him. Paul would now become one of those whom he had been actively persecuting. The Pharisee Saul has become the Apostle Paul!

The Bad and the Ugly: “After I had returned to Jerusalem and while I was praying in the temple, I fell into a trance and saw Jesus saying to me, ’Hurry and get out of Jerusalem quickly because they will not accept your testimony about me.’ And I said, ‘Lord, they themselves know that in every synagogue I imprisoned and beat those who believed in you. And while the blood of your witness Stephen was shed, I myself was standing by, approving and keeping the coats of those who killed him.” The people of Jerusalem knew his reputation and they did not trust him. While Saul did not participate actively in the stoning of Stephen, he was guilty by association. They say, “A leopard cannot change its spots.” That is true, except by the grace of God and Paul experienced God’s grace. It takes time for others to accept that a person has really changed and is no longer the person he once was.

The Good: Then he said to me, ‘Go for I will send you far away to the Gentiles.’” Until such time lapsed that Christians in Jerusalem might accept Paul, the Lord had work for him to do elsewhere. Paul’s life was spared so that he could be a leader in advancing the expansion of the Church.

O God, help us to build and maintain good reputations. Grant that we would live up to the name Christian, which You have given us, and grant that we would never dishonor Your name by anything we say or do; for Christ’s sake. Amen.