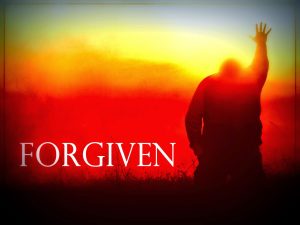 Therefore I tell you, her sins, which were many, have been forgiven; hence she has shown great love. But the one to whom little is forgiven, loves little.
Luke 7: 47
Continue reading Luke 7:36-50

In a previous devotional from Chapter 7 of the Gospel of Luke, we noted how many people extended hospitality to Jesus and welcomed Him at their table. We find this once again in Chapter 7 where Jesus is invited by a Pharisee to have dinner at his house. The true situation is followed by a story with a moral.

Once Jesus has taken His place at his host’s table, a woman in the city, a sinner, “crashes the party” upon learning that Jesus is a guest there. With her she brings an alabaster jar of ointment. She takes her place behind Jesus’ feet. She weeps and begins to bathe His feet with her tears and dries them with her hair. She kisses His feet and anoints them with the ointment. This scene has captured the attention of the Pharisee whose displeasure is seen on his face and whose muffled angry mutterings have revealed to Jesus what he is thinking. Jesus seizes this teachable moment and proceeds to tell Simon a story.

Jesus relates, “A certain creditor had two debtors. One who owed five hundred denarii and the other fifty.” Neither of the debtors could pay his debt and so the creditor canceled them.” Jesus asks, “Which of them will love him more?” Simon answered, “I suppose the one for whom he canceled the greater debt.” Jesus told Simon, “You have judged rightly.”

Then Jesus turns toward the woman and asks, “Do you see this woman?” Whereas Simon had offered no water for Jesus to wash His feet, this woman bathed His feet with her tears and dried them with her hair. Whereas Simon had not kissed Jesus to welcome Him to his house, this woman had not ceased to kiss His feet. Whereas Simon had not anointed Jesus’ head with oil, this woman had anointed His feet with this ointment. Then Jesus says, “Therefore, I tell you, her sins, which were many, have been forgiven; hence she has shown great love. But the one to whom little is forgiven, loves little.” We are left to guess whether Simon “got it” or whether he still had to think on it some! Jesus now addresses the woman and tells her, “Your sins are forgiven.” Those at the table with Jesus question His ability to forgive sins. Jesus sent this woman away in peace assuring her that her faith has saved her.

O Lord, help us to take a good look at ourselves in the mirror so that we know how much we need to be forgiven. Keep us mindful that all of us are sinners. Fill us with gratitude for our pardon and love for You, who have set us in a right relationship with God. It is then that our faith has saved us and that we can make our way in this world in peace. In Your Holy Name, we pray. Amen.