The Intervention of Four Faithful Friends 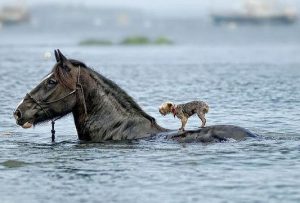 ”And when they could not bring him to Jesus because of the crowd, they removed the roof above him , and after having dug through it, they let down the mat on which the paralytic lay.” Mark 2:4 (NRSV)

In scripture these Bible characters are nameless, but I have given them the names of Eli, Zacharias, Daniel, David and Micah.

It was a pleasant spring day in Capernaum and Eli told his friend, Zacharias, that he had heard Jesus was on his way there. Since he heard of Jesus’ miraculous healings, Zacharias thought it would be good if Jesus might see and touch their mutual friend, Micah, who was a paralytic. Eli agreed. He and Zacharias agreed to recruit two more mutual friends, Daniel and David, to assist them in making certain that Micah had an audience with Jesus.

Jesus arrived and took up residence in a home. The word of His coming and His prowess as a miracle worker had spread, so that the house was filled with people clamoring to see and talk with Jesus … and others who no doubt had come to receive His compassionate and healing touch. When the foursome of Zacharias, Eli, Daniel and David arrived carrying Micah on his mat, they could not enter the house, much less see Jesus.

These four friends were not going to disappoint their friend. They were not going to let their friend down. Jesus was so close, yet so far away! This might be Micah’s only chance to be healed of his paralysis so that he could sit and stand, leap and lift, run and move at will, as did his friends. The foursome would not be deterred. “If we cannot carry Micah in through the door, then let us let him down through the roof.” Now they would let their friend down! The foursome removed the roof, dug through it and then lowered Micah down on his mat so that he was immediately in front of Jesus. When Jesus saw their faith, He said, “Son, your sins are forgiven.” In response to critics, Jesus said to Micah, “”I say to you, stand up, take your mat and go home.” Micah was healed, and though it is not reported, he may have praised God and done cartwheels all the way, as his four true friends celebrated this miracle.

O Lord, we are truly blessed when we have friends who want nothing less than the best for us and will do all within their power to help us in our times of need. Thank you for loving and loyal friends. In Christ’s name, we pray. Amen.