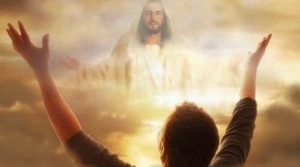 During the months that Alan Harvey and I have been sharing reflections on some significant people in the Bible, the Centurion at the Cross and Joseph of Arimathea have already received some of our attention. But as I end some reflections on Luke chapter 23, I feel these two deserve to be mentioned again.

It was now about noon, and darkness came over the whole land until three in the afternoon, while the sun’s light failed; and the curtain of the temple was torn in two. Then Jesus, crying with a loud voice, said, “Father, into your hands I commend my spirit.” Having said this, he breathed his last. When the centurion saw what had taken place, he praised God and said, “Certainly this man was innocent.” And when all the crowds who had gathered there for this spectacle saw what had taken place, they returned home, beating their breasts. But all his acquaintances, including the women who had followed him from Galilee, stood at a distance, watching these things.

Now there was a good and righteous man named Joseph, who, though a member of the council, had not agreed to their plan and action. He came from the Jewish town of Arimathea, and he was waiting expectantly for the kingdom of God. This man went to Pilate and asked for the body of Jesus. Then he took it down, wrapped it in a linen cloth, and laid it in a rock-hewn tomb where no one had ever been laid. It was the day of Preparation, and the sabbath was beginning. The women who had come with him from Galilee followed, and they saw the tomb and how his body was laid. Then they returned, and prepared spices and ointments. On the sabbath they rested according to the commandment.
Luke 23:44-55

The Centurion was a symbol of brute force and power. But upon seeing Jesus face to face, he had to praise God.

And Joseph or Arimathea was a member of the political/religious group that sought the death of Jesus and his message, but he had not agreed to their plan. And upon seeing Jesus face to face, he risked it all to make sure that our Lord was buried properly. This good and righteous man worshipped and praised God.

Is that how we respond to seeing Jesus face to face? No matter who we are, he comes to us. And our response to his loving and grace-filled presence in our lives is to praise God.

Thank you, God, for meeting us face to face in the person on Jesus. Prepare me now to celebrate that coming as I move closer to Christmas, and the greatest gift you have ever given. Amen.