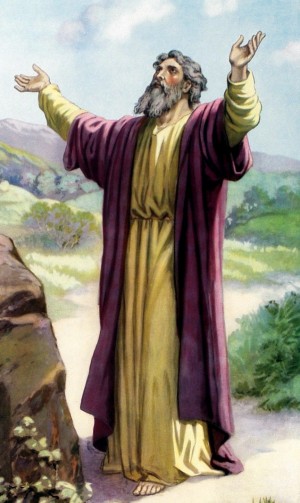 God said to him, “Your name is Jacob, but you will no longer be called Jacob; your name will be Israel.” So he named him Israel. Genesis 35:10

Jacob lived an interesting and rather tough life. You could view his life in four different stages. In the first stage, Jacob was living up to his name which means “grasp the heel.” He grabbed Esau’s heel at birth and later claimed Esau’s birthright and blessing. In the beginning, it was all about Jacob. In his second stage, Jacob experienced life from the other side; he was manipulated and deceived by Laban. During his third stage, Jacob was in a new role as a grabber. He grabbed a hold of God and didn’t let go. His relationship to God became essential to his life, and his name was changed to Israel meaning, “he struggles with God and overcomes.” Jacob’s last stage of life was to be grabbed. God achieved a firm hold on him and Jacob was unwilling to move without God’s approval and direction.

God gave many people in Biblical times new names, look at Sarah and Abraham. Their names were symbols of how God had changed their lives. Jacob’s life changed as well, Jacob the ruthless deceiver became Israel, the one who struggles with God and overcomes. Even though his life was filled with disappointments, he stayed close to God. Reading the story of Jacob gives us hope to cling to the Lord no matter what happens in our lives. The storms are sure to rage, the waters may rise, but it’s in those moments where we can grab onto the Lord with both hands like Jacob did and not let go.

God of Jacob, give us hearts to grab a hold of You and not let go. No matter what comes our way, keep our eyes and hearts fixed on You. In Jesus’ name we pray. Amen.