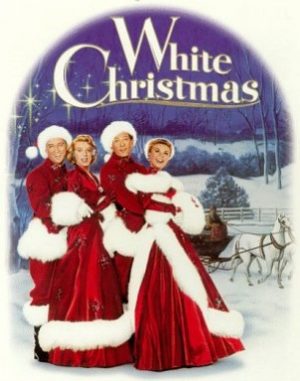 My Christmas tradition started in Japan over 56 years ago. I was 11 years old at the time, staying at a military resort in Hakone, near Mt. Fuji with my family. That year, we saw the Christmas classic, White Christmas. It was on a very small screen, showing in the hotel ballroom, but I was hooked! The following year, we were still in Japan, and I recall taking the Base bus with my younger brother to watch the movie together at the Saturday afternoon matinee in the theatre on a big screen. One year later we were back in the United States, and a baby sister was now a member of our family. Over the next few years, we would watch my favorite movie each holiday season when it was shown on television, together as a family and reminisce about our first viewing of the movie.

By the time I was 17, my sister was old enough to start learning the lyrics and choreography to my favorite song, “Sisters” from White Christmas. I believe that is the year we first staged our song and dance routine for the family. We have continued that tradition each year that we are together at the holidays, with some variations.

As I “aged out” of my role in my 30s, my younger brother joined my sister in my role. By then, I had two children in their teens, ready and now trained to take the mantle from my brother or sister whenever one of them could not perform along with the taped version and then the DVD version of the movie. Technology has now allowed our family to “perform our routine”, along with the movie whenever we want, not just when the TV networks are airing the show.

Now the third group of performers have aged out, and my brother has two delightful daughters who are just the right age this year to be trained by their aunts to “take up the mantle” and start performing “Sisters” along with the White Christmas movie. Over the years, we have found that having the movie in the background helps the performers.

What makes this tradition so great is that every member of our family enjoys the movie, the family tradition, and when my nieces perform this year, not only are they sisters, they are TWIN sisters!

Father God, as we think of sisters we are reminded of Leah and Rachel, Martha and Mary. We thank You for the special bond brothers and sisters share, for the good times enjoyed, for the struggles and squabbling they have survived and for being there for one another in tough times. Where there is estrangement we ask You to work Christmas miracle to bring reconciliation in these relationships. In Jesus name we pray. Amen.